For my personal side project travelhackingtool.com, which is an aviation database and API, containing thousands of airports, I was looking for an easy way and automated to create Hugo Posts for my airports based on the data of the API. If you are curious which airports are available on the site then feel free to browse this page.

Travelhackingtool’s API which can be consumed through Rapid API for free, currently provides the airports in a JSON format like this:

What I ultimately was looking for was a visually appealing HTML page like this one based on the data provided in the JSON format to provide some value for less techy visitors. Notice how the data in the post precisely matches the data from the API? 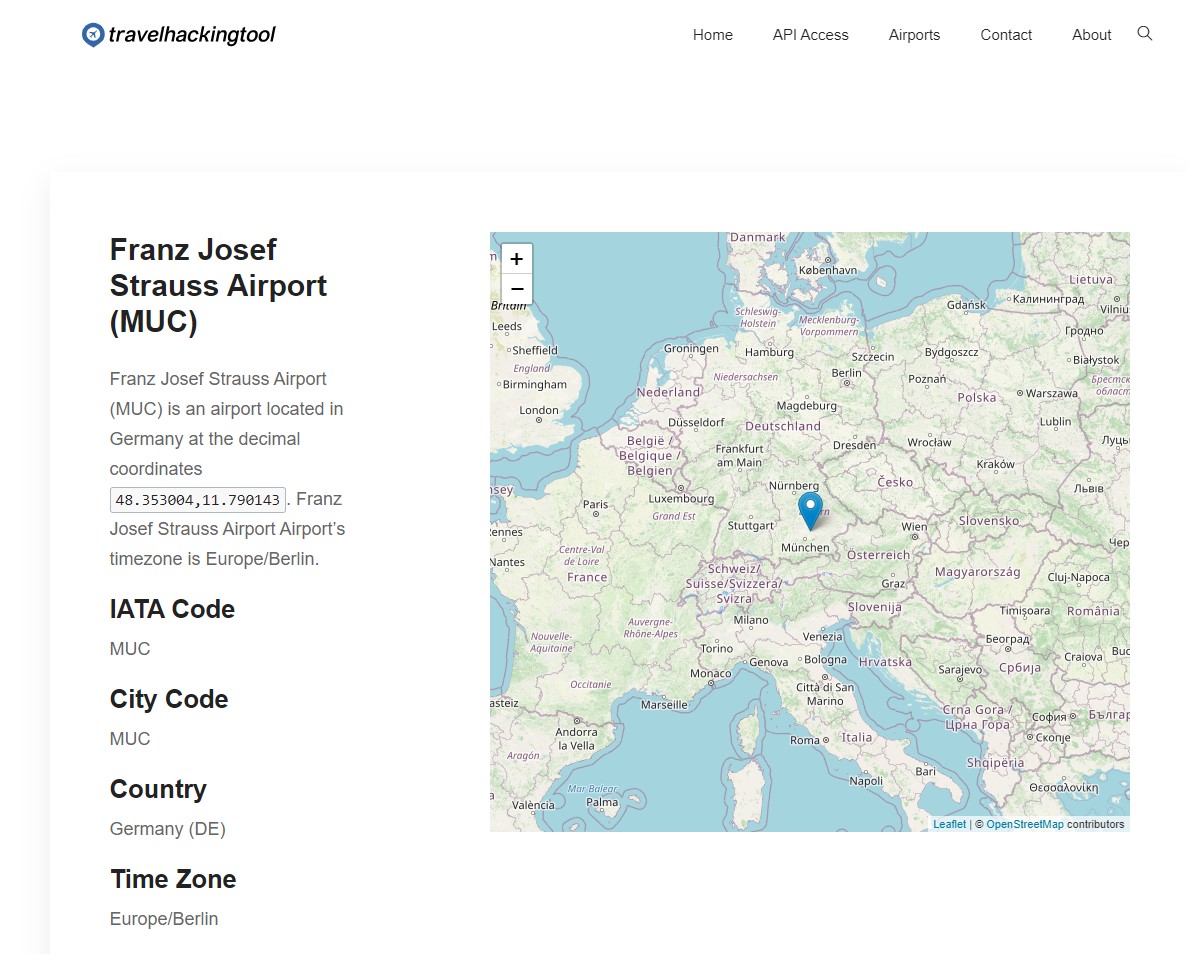 How we can generate the posts in theory

Let’s have a look at how a process for generating posts from an API could work in theory.

Once I knew how it should work in theory, it was relatively easy to implement it in Python. I started off by creating a markdown template named template.md for the airports. Notice the placeholders such as {{airport.code}}, which will later on be filled out by the Python script for each of the many thousand airports.

The Python script for filling out the airports looks like this:

How the generated Markdown file looks

The generated output will look like this, which Hugo will be able to turn into a nice looking static website.

All that is left is to copy the generated Markdown file into your corresponding content directory and run a hugo command on it. The generate process, might take a wee bit of time, depending on how many markdown files, Hugo has to process.

As you can see, it is effortless to generate a Hugo Post from an API, by merely using Pythons web templating technique jinja2 . I hope my script is also useful for your own Hugo automation project.